In 2017, Oliver Morton introduced a feature he found in Office 365 Active Sync, allowing enumerating the existence of the users based on http status codes. (Update: The “feature” was fixed by Microsoft on mid November 2019). In this blog, I’ll introduce my similar findings on using Microsoft API to enumerate users when Seamless SSO is enabled in Azure AD tenant.

What is Seamless Single Sign-on?

Seamless Single Sign-on (SSO) is a feature which allows users on domain-joined computers to automatically sign in to Azure AD (and Office 365). Technically, the authentication is using Kerberos tickets, but that is irrelevant to this blog post.

How does it work?

From the user point-of-view, after entering the username and clicking the next button, the user is automatically signed in. 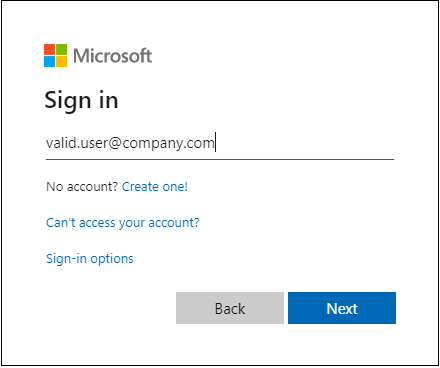 However, I noticed that if you give a username of a non-existing user, the following error is given: 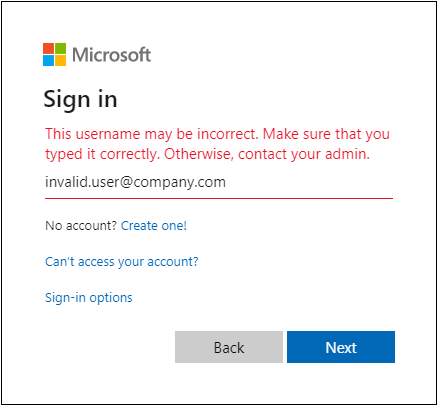 So, I was wondering how the heck does the login prompt know whether the user exists or not?

How to enumerate users?

Under-the-hood, the login prompt is using a GetCredentialType API located at https://login.microsoftonline.com/common/GetCredentialType to get details about the given user id. As an input, the API needs at least the username posted in the request body in JSON format. The output of the API request is similar to the following:

As I’ve previously studied the API, the IfExistsResult was always set to 0 (True), regardless of does the user exists or not. The only exception to this is when the user’s domain is not registered to any Azure AD tenant. After a brief study, I discovered that when Seamless SSO is enabled, the IfExistResult correctly indicates whether the user exists or not! I.e., if the user does not exist, IfExistResult is set to 1 (False).

After studying the GetCredentialType with the tenant having Seamless SSO enabled, I discovered that the API could be used to enumerate any user in tenant regardless of is the user’s domain using Seamless SSO or not.

So, what is the big deal? Using the GetCredentialType API, one can find valid user accounts of the tenant and focus password-spray attack on those. Not so surprisingly, as Oliver Morton mentioned in his blog, Microsoft does not regard the enumeration to be an issue because the potential attacker still needs to pass the authentication to get in. However, my enumeration method has one advantage compared to Morton’s method: It can be used to enumerate external users!

External users are users to whom are given some access to tenant. For instance, if a file is shared from OneDrive to someone outside your organization, an external user is added to Azure AD. The external users have a special format: <email_address>#EXT#@<tenant>.onmicrosoft.com where email_address is the external user’s email address where the ‘@’ is replaced with ‘_’

Again, what is the big deal? Well, if one can find out that some gmail.com or outlook.com user has access to Azure AD tenant we are interested in, one could focus on getting access to that external account. This, in turn, could be used to access the actual Azure AD tenant.

Below is a sample script that can be used to enumerate users.